A Flicksync is a simulation in which an OASIS avatar assumes the place of one or more characters of a given movie. The first publicly known Flicksync was the WarGames Flicksync hidden in the First Gate. Upon the discovery of the Flicksync technology, Gregarious Simulation Systems purchased the rights to countless films and movies and turned them into Flicksyncs so that other OASIS avatars could enjoy their favorite movies in the shoes of their favorite character.

When an OASIS avatar begins a Flicksync, they will become a specific character, normally the main or titular character, in the movie. When the avatar speaks, they will speak in the voice of the specific character, move around the character in place of their own avatar, and see, hear, and feel anything that character would see, hear, and feel in the movie. In cases where the movie largely revolves around this character's exploits and story, the avatar will remain as this character for the duration of the movie. Scenes in which the character is not present will move the avatar to a third-person view of the movie, as if they were legitimately watching it. For movies that follow multiple characters or have several equally important protagonists, the avatar will take the place of whichever character has the most dialogue from scene to scene.

If an avatar successfully recites 7 lines of dialogue in a row, they will be rewarded with a Cue Card. If the avatar doesn't know what they need to say or do in a given scene, they can shrug their shoulders and the line and any necessary physical action will be superimposed on their screen for them to perform. Failing to recite or perform 3 lines of dialogue in a row will result in the ejection of the avatar from the game.

While a Flicksync is in progress, an avatar cannot access their OASIS inventory or the Internet, so as to prevent avatars from looking up scenes from a movie when they are stuck. Two repeated attempts to cheat will eject an avatar from the Flicksync.

Although Flicksyncs for many movies exist within the OASIS, only two are known: War Games and Monty Python and the Holy Grail (in the Third Gate). 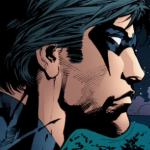