Some people define themselves by railing against all of the things they hate, while explaining why everyone else should hate it too. But not me. I prefer to lead with my love — to define myself through joyous yawps of admiration, instead of cynical declarations of disdain. Lo summing up her life's philosophy, page 81

Skylar Castillo Adkins (OASIS username: L0hengrin/Lo) is one of the new characters introduced in Ready Player Two. She is a gunter and the host of the popular gunter-themed YouTube show, The L0w-Down, with around fifty million subscribers including her biggest fan, Wade Watts (she had read his autobiography, presumably Ready Player One). When she isn't gunting or hosting her show, she prefers to spend time with her gunter clan, the L0w Five (named after Parzival's clan, the High Five. The members of Skylar's clan are Skylar, Rizzo, Wukong, Lilith and Kastagir. Unlike her, their real names are never revealed). Parzival gave her one billion dollars as a reward after she helped him to track down the First Shard.

According to Parzival's research, Adkins has an incredibly upbeat personality and an infectious brand of enthusiasm reminding him of himself in the early days of Halliday's Contest. Like her idol, she possesses a large portion of knowledge about James Halliday, Ogden Morrow and Kira Underwood. She also idolizes Samantha, Akihide and Aech. It is presumed that she also idolized Toshiro. She had also proven to be a loyal Parzival fan as her support for him has never wavered, despite the disastrous PR decisions he had made over the past three years and the army of Parzival haters (which seemed to have grown after he went on a rage-induced troll-killing spree). She also describes him as being a "righteous dude".

Unlike other avatars in the novels/movies, Skylar's avatar can change its gender from time to time, sometimes even in midsentence. When she changes into a female avatar, she preferred the appearance of Helen Slater from The Legend of Billie Jean, 1985. When switches to a man avatar, she prefers a young James Spader (notably from his role in Tuff Turf, 1985). Adkins' public profile pointed out that her preferred gender pronouns are "she" and "her" . Her one-liner user bio describes her as "a wild-eyed pistol-waver who ain't afraid to die".

In the real world, Skylar lived in the Stacks. Like most people living there, she was suffering from borderline malnutrition.

Skylar was DMAB (designated male at birth) when she was born. She had legally changed her gender to female at age sixteen, a few days after she received her first OASIS Neural Interface (ONI) headset. Around that time, she also changed her avatar's sex classification to ogender. Skylar grew up in the DFW Stacks in Duncanville, Texas which were much rougher than the ones where Wade grew up in. Skylar's mother, Iris Adkins died of heart failure when Skylar was seventeen years of age.

Skylar sends Wade an email saying that she had found the First Shard on Middletown. Wade teleports to her location, but when he gets there, she is logged into Kastagir's chatroom, already discussing the reward with her friends. Her absence allows Wade to surf through her user profile. Skylar logs out and drops to one knee when she sees her idol in front of her. She and Wade travel to Og's place. They find a clue leading them to Og's basement. They find one of Kira's music playlists, causing the First Shard to appear out of a jewelry box. Wade makes a quick transaction, in the process transferring one billion dollars from his account to hers as a reward. She tells him what this means for her future and her friends future. Wade agrees to send an email if he ever needed any help with tracking down the last seven Shards.

Wade and his friends find the next one after beating a game of Ninja Princess/Sega Ninja. They travel to Shermer to obtain the third one. Wade sends an email to her asking her and her clan to search for anything out of place on Middletown. Wade tells his ex-girlfriend Samantha about this, saying that Skylar was jut a friend. Sam grew a little bit jealous of this, thinking that Wade found a new girlfriend (Sam and Wade both believed that their relationship could heal, but Wade only knew that when she told him).

After finding and obtaining the Fourth Shard, the group went back to GSS HQ, where the High Five meets the L0w Five. Skylar tells the group of their findings on Middletown and the Shards. In turn the group tells her about the maleficent AI version of Anorak, James Halliday's old avatar. She also reveals that Og created an Anorak killing supersword called the Dorkslayer. The High Five are too distracted with their quest, so they allow Skylar and her clan to track it down and retrieve it.

Skylar ends up as the sole survivor of the quest and as soon she retrieves it, she teleports to Chthonia. Og grabs the sword just as Anorak kills her. Og uses the sword to delete Anorak. Og dies seconds later. At the end, digital copies of the entire human race are made and sent onboard a real-life construction of the Vonnegut to Proxima Centauri, believing it to be the closest planet to Earth that actually has life. Among those are digital copies of Skylar and her gunter clan. Wade resurrects the clan's members. According to their inboxes, several studio companies wanted to buy the rights to story of how they got Og's supersword. 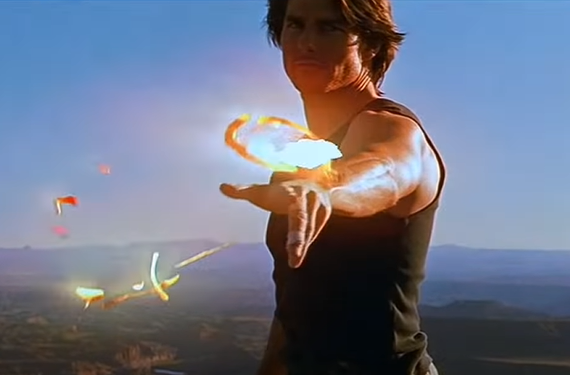