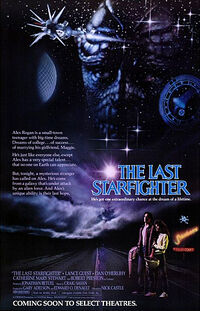 In Ready Player One, Wade uses a line from the movie as his pass-phrase to log in to the OASIS: "You have been recruited by the Star League to defend the Frontier against Xur and the Ko-Dan Armada."

In fact, the main character of this film also lives in a motor home camp as Wade does.